It’s common practice for retailers to discourage and or outright prohibit photography inside their stores. Doesn’t make it a best practice though. 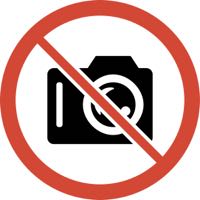 It’s common practice for retailers to discourage and or outright prohibit photography inside their stores. Doesn’t make it a best practice though. As Seth Godin says, “In an experience economy, where a bear workshop or furniture superstore is a form of tourism, photography is part of the deal.”

Seth smartly points out a paradox of pictures exists with retailers that deliver remarkable in-store experiences. Retailers want you to remark about your shopping experiences but not with actual pictures, only with words written and/or spoken.

My friend Conrad Hametner is a foodie. He has a passion for seeking out exotic foods with exotic names. The names get so exotic he likes to use his cellphone camera to snap photos of the foods he would never be able to remember. But he got caught.

While browsing the cheese section at Whole Foods Market, Conrad sampled a few cheeses and found a new favorite—Gabietou. To help him remember this cheese, he snapped a photo. But a Whole Foods Team Member (employee) sternly told him company policy says absolutely no photos are allowed to be taken in the store.

Conrad went online to find Whole Foods “No Photos” policy. Couldn’t find one. He rightfully argued in a now-defunct blog post that this “No Photos Allowed” policy is outdated in today’s networked world.

As a former marketer for two retailers (Whole Foods and Starbucks) that have helped to popularize the “experience economy,” I understand the irony that exists with creating a store experience customers want to photograph but then, prohibiting it.

When Starbucks began its hyper-growth spurt in the early 90s, they had more than just customers in their stores—they also had curious businesspeople. The businesspeople would come huddled in small groups and everyone in the group would be clutching a pen and a pad. They would stay for hours noting everything from the store décor to menu boards to employee uniforms to operational procedures to customer counts to everything. They also took photos.

Starbucks policy prohibited photos because they didn’t want competitors mimicking their style. (As if a “no photos policy” was really going to stop competitors from learning how to replicate the Starbucks experience.) Today places like Shake Shack, Warby Parker, Lidl and the Starbucks Roastery are attracting curious businesspeople wanting to learn what they do that makes them worth mimicking.

This “No Photos Allowed” policy is no longer in place at Starbucks. People can take and share photos for personal use. (The media still needs to ask for permission before snapping photos/videos.)

Another major reason why Starbucks did and other retailers still prohibit customers from taking pictures is to protect them from the unsavory types casing the joint. Theft for any retail business is a big issue and having front-line employees on the lookout for people snapping photos could help to reduce theft.

However, it can get silly and seemingly ridiculous when retailers confront well-meaning customers, like Conrad.

Customers taking photos is part of the deal when you deliver remarkable customer experiences. So it’s about time for retailers to learn this lesson and solve for dissuading potential thieves with policies and activities other than prohibiting customers from taking photos.